The bridge structure is oriented horizontally; spanning over ~ 10 rail tracks. Several columns can be placed within the restricted space between the tracks; they are dividing the total bridge length of ~230m into parts with a maximum span of 55m. The bridge structure is designed as a continuous beam with a fixed bearing in the middle and six other bearings which are movable in longitudinal direction. So a steel box changing its form according to its structural requirements is a very simple material-saving construction. A steel structure consisting of a welded box girder was chosen because it is well able to be shaped according to its structural requirements. The maximum bending moment over the columns is reflected in the steel structure with the maximum structural height. The intermediate bending moment in the middle of the bridge fields involves a medium structural height of the steel box. The slimmest cross section is located close to the zero bending point (under dead load). This area is also used for the field joint, designed with bolted connections.
The cross section over the column consists of a large steel box below the bridge deck and rather little flanks on both sides. In the middle of the bridge field; the construction consists of a narrow steel box under the deck and higher flanks on the sides. The different cross sections are merged into each other creating a shaped load-affine form.
The construction of the superstructure consists of weathering steel; which does not have to be maintained regularly like normal steel or concrete bridges. The avoidance of difficult maintenance over the electricity cables and the remarkable low maintenance costs are a big advantage of the chosen construction. The solid steel plates have stiffeners welded regularly on the surfaces, building an orthotropic plate; what is generally an economic material-saving construction. 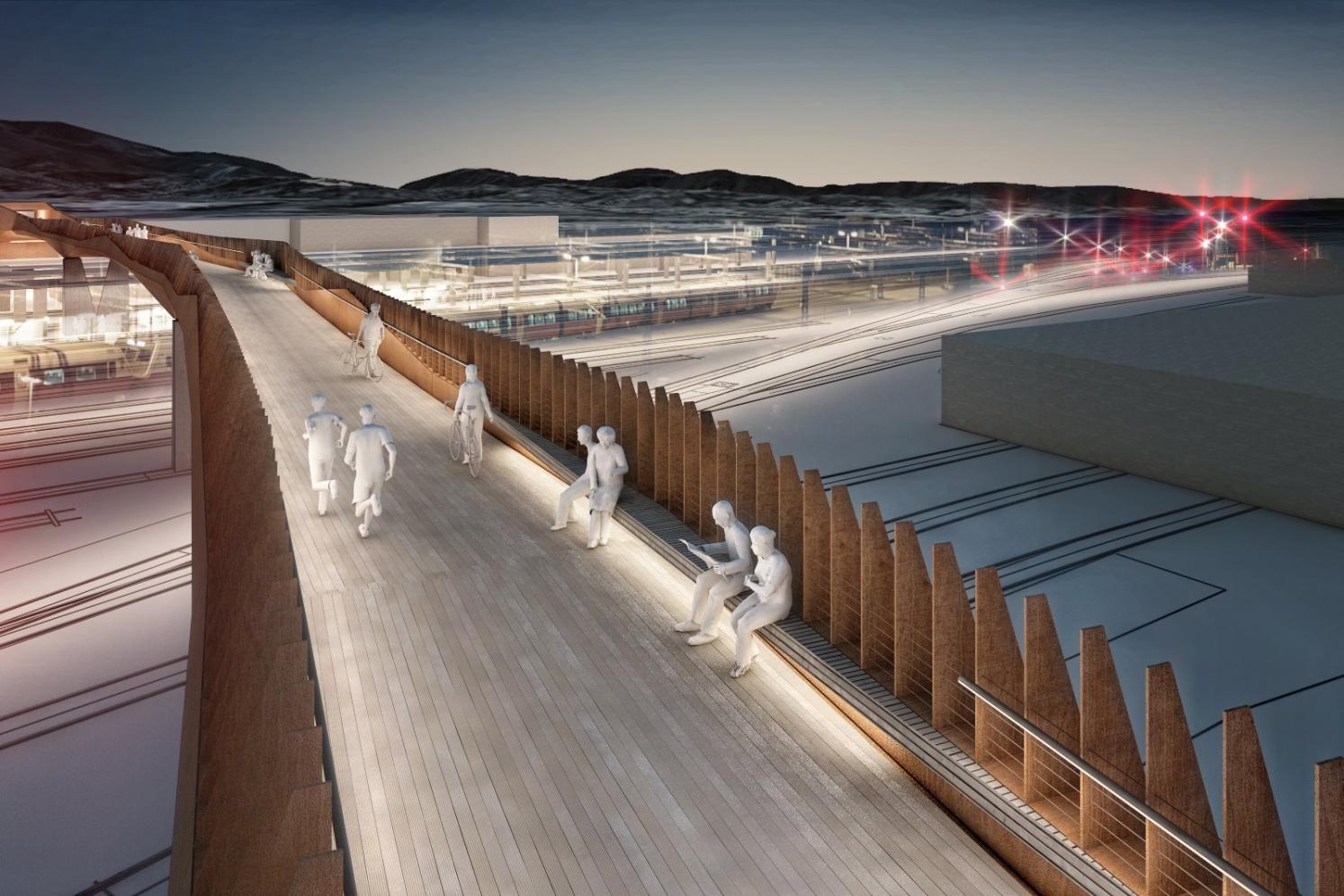